“Every morning for the almost four decades they had lived in this house, Ove had put on the coffee percolator, using exactly the same amount of coffee as any other morning, and then drunk a cup with his wife. One measure for each cup, and one extra for the jug – no more, no less. People didn’t know how to do that any more, brew some proper coffee. In the same way as nowadays nobody could write with a pen. Because now it was all computers and espresso machines. And where was the world going if people couldn’t even write or brew a bit of coffee?

While his proper cup of coffee was brewing, he put on his navy blue trousers and jacket, stepped into his wooden clogs, and shoved his hands in his pockets in that particular way of a middle-aged man who expects the worthless world outside to disappoint him.

Then he made his morning inspection of the street. The surrounding terraced houses lay in silence and darkness as he walked out of the door, and there wasn’t a soul in sight. Might have known, thought Ove. In this street no one took the trouble to get up any earlier than they had to. Nowadays, it was just self-employed people and other disreputable sorts living here.

He began marching along the footpath between the houses. He stopped by the traffic sign informing motorists that they were prohibited from entering the residential area. He gave the metal pole a firm kick. Not that it was wonky or anything, but it’s always best to check. Ove is the sort of man who checks the status of all things by giving them a good kick.

He walked across the parking area and strolled back and forth along all the garages to make sure none of them had been burgled in the night or set on fire by gangs of vandals. Such things had never happened round here, but then Ove had never skipped one of his inspections either. He tugged three times at the door handle of his own garage, where his Saab was parked. Just like any other morning.”

“Elsa is seven, going on eight. She knows she isn’t especially good at being seven. She knows she’s different. Her headmaster says she needs to ‘fall into line’ in order to achieve ‘a better fit with her peers.’ Other adults describe her as ‘very grown-up for her age.’ Elsa knows this is just another way of saying ‘massively annoying for her age,’ because they only tend to say this when she corrects them for mispronouncing ‘déjà vu’ or not being able to tell the difference between ‘me’ and ‘I’ at the end of a sentence. Smart-asses usually can’t, hence the ‘grown-up for her age’ comment, generally said with a strained smile at her parents. As if she has a mental impairment, as if Elsa has shown them up by not being totally thick just because she’s seven. And that’s why she doesn’t have any friends except Granny. Because all the other seven-year-olds in her school are as idiotic as seven-year-olds tend to be, but Elsa is different.

She shouldn’t take any notice of what those muppets think, says Granny. Because all the best people are different—look at superheroes. After all, if superpowers were normal, everyone would have them.

Granny is seventy-seven years old, going on seventy-eight. She’s not very good at it either. You can tell she’s old because her face looks like newspaper stuffed into wet shoes, but no one ever accuses Granny of being grown-up for her age. ‘Perky,’ people sometimes say to Elsa’s mum, looking either fairly worried or fairly angry as Mum sighs and asks how much she owes for the damages. Or when Granny’s smoking at the hospital sets the fire alarm off and she starts ranting and raving about how ‘everything has to be so bloody politically correct these days!’ when the security guards make her extinguish her cigarette. Or that time she made a snowman in Britt-Marie and Kent’s garden right under their balcony and dressed it up in grown-up clothes so it looked as if a person had fallen from the roof. Or that time those prim men wearing spectacles started ringing all the doorbells and wanted to talk about God and Jesus and heaven, and Granny stood on her balcony with her dressing gown flapping open, shooting at them with her paintball gun, and Britt-Marie couldn’t quite decide if she was most annoyed about the paintball-gun thing or the not-wearing-anything-under-the-dressing-gown thing, but she reported both to the police just to be on the safe side.

Those are the times, Elsa supposes, that people find Granny perky for her age.

They also say that Granny is mad, but in actual fact she’s a genius. It’s just that she’s a bit of a crackpot at the same time. She used to be a doctor, and she won prizes and journalists wrote articles about her and she went to all the most terrible places in the world when everyone else was getting out. She saved lives and fought evil everywhere on earth. As superheroes do.

But one day someone decided she was too old to save lives, even if Elsa quite strongly suspects what they really meant by ‘too old’ was ‘too crazy.’ Granny refers to this person as ‘Society’ and says it’s only because everything has to be so bloody politically correct nowadays that she’s no longer allowed to make incisions in people. And that it was really mainly about Society getting so bleeding fussy about the smoking ban in the operating theatres, and who could work under those sorts of conditions?

But anyway, to get back to the point: life-saving and driving people nuts are Granny’s superpowers. Which perhaps makes her a bit of a dysfunctional superhero. Elsa knows this because she looked up ‘dysfunctional on Wikipedia. People of Granny’s age describe Wikipedia as ‘an encyclopaedia, but on the net!’ Encyclopaedias are what Elsa describes as ‘Wikipedia, but analogue.’ Elsa has checked ‘dysfunctional’ in both places and means that something is not functioning quite as it’s supposed to. Which is one of Elsa’s favourite things about her granny.

But maybe not today. Because it’s half past one in the morning and Elsa is fairly tired and would really like to go back to bed. Except that’s not going to happen, because Granny’s been throwing turds at a policeman.

(Fredrik Backman: My Grandmother Sends Her Regards and Apologises)

This is the actual reason why Britt-Marie hates travelling. Death. Not even bicarbonate of soda has any effect on death. Kent says she exaggerates, but people do actually drop dead all the time when they’re away, and what would the landlord think if they had to break down the door only to find an unclean mattress? Surely they’d conclude that Kent and Britt-Marie lived in their own dirt?

It came from the right hand-side. Green. That’s one of the few things Britt-Marie remembers. It came from the right and there was glass and blood all over the back seat of their parents’ car. The last thing Britt-Marie remembered before she passed out was that she wanted to clean it up. Make it nice. And when she woke up at the hospital that is precisely what she did. Clean. Make things nice. When they buried her sister and there were strangers in black clothes drinking coffee in her parents’ home, Britt-Marie put coasters under all the cups and washed up all the dishes and cleaned all the windows. When her father began to stay at work for longer and longer, and her mother stopped talking altogether, Britt-Marie cleaned. Cleaned, cleaned, and cleaned.

She hoped that sooner or later her mother would get out of bed and say, ‘How nice you’ve made everything,’ but it never happened. They never spoke about the accident, and, because they didn’t, they also couldn’t talk about anything else. Some people had pulled Britt-Marie out of the car; she doesn’t know who, but she knows that her mother, silently furious, never forgave them for saving the wrong daughter. Maybe Britt-Marie didn’t forgive them either. Because they saved the life of a person who from that day devoted herself to just walking around being afraid of dying and lying there stinking. One day she read her father’s morning newspaper, and saw an advertisement for a brand of window-cleaner. And in this way a life went by.” 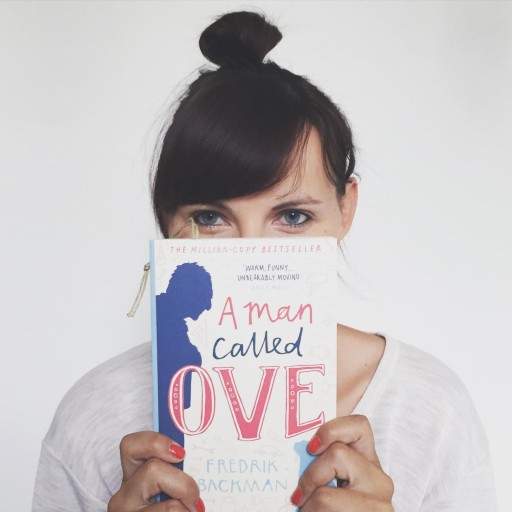